I was born in Tarboro, North Carolina and was raised in Calvary Episcopal Church in Tar- boro. I have been a lifelong Episcopalian. I attended undergraduate school at UNC-Chapel Hill and graduate school at N.C. State, where my research focused on wetland and stream restoration. After school, I worked as a Wetland Biologist and then spent a number of years working on offshore charter fishing boats out of Hatteras and Oregon Inlet.

I now live in Bath with my wife, Austin, and two young sons, Tripp (8) and Henry (4). I own Tar-Pam Guide Service, a year-round full-time fishing guide service on our coastal rivers and sounds operating since 2010. I have served on the Tourism Board in Washington. My family and I have been members of Saint Peter’s since 2010. We enjoy and embrace the traditions of the Epis- copal Church and want to see Saint Peter’s flourish into future generations. 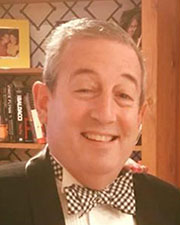 My wife Ann and I met at Appalachian State University and were married in 1985. We resided in Henderson, NC for 32 years and moved to Washington when I took a position with a division of National Spinning (Hampton Art). We have 2 daughters, Rebecca 25 (Chicago, IL) and Elizabeth 28 (Savannah). For the last 17 years Ann has taught and managed teachers at the Community College level and taught High School. Prior to that Ann was a controller and also worked in the Roses corporate offices. She currently teaches at PS Jones. Ann is active in the Altar Guild.

I have been a member of the Episcopal Church since 1996. Was an active member of Holy Innocent's (Henderson, NC) where I served on a search committee, the vestry and the finance committee. Upon moving to Washington in 2012, we immediately started attending Saint Peter's, and I have served as an usher and was a member of the last Transition team. We look forward to being active members of Saint Peter's for years to come. 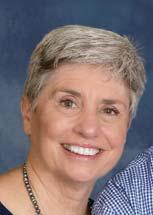 I worked as a Pediatric Nurse before returning to Washington. At Beaufort County Commu- nity College, I was a faculty member; then Director of Nursing Programs. I am currently the Assis- tant Director of Nursing and Allied Health Education at Eastern AHEC in Greenville. AHEC pro- vides continuing professional development to healthcare professionals and promotes initiatives in healthcare delivery and education. I am a member of the NC Future of Nursing Action Coalition and a volunteer for AARP.

Through the years I have been enriched by opportunities to participate in the life of Saint Peter’s. ALPHA, Navigators and Education for Ministry (EFM), have taught me more about Chris- tianity and provided growth in everyday life. In the past, I taught adult and children’s Sunday school and participated on the youth planning team. I was on the Transition Team in 2015-2016, as Father Jim Reed and the church examined how to address challenges and “mindfully move to the future.” Currently, I coordinate the visitation ministry for those that are unable to attend church services or activities due to illness or disability. I enjoy Altar Guild and serving as a Lay Reader.

I would like to apply my experience with service, education and administration to support the continued work of Saint Peter’s within and outside of our member family. I hope that I may be able to give back to my Saint Peters family some of what you have given to me, as we continue to “mindfully move to the future.” 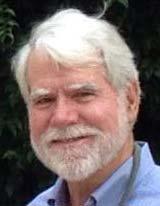 In 1985, Lind and I bought a business in Williamston, NC that manufactured sprayer equipment. This allowed Lind and me to move to Washington, be close to family and raise our three daughters here. We sold this business in 2012 and I retired in 2014.

I have served on the vestry of Saint Peter’s for four terms and have held the position of both Junior and Senior Warden. Over the years, I helped to facilitate the purchase of three adjacent properties to grow our footprint into that which we enjoy today. As we considered our building expansion, I worked on the committee to select our architect and develop our building plans. I have also enjoyed working on the stained glass window restoration project, ushering, various financial projects, Toys for Tots, and helping to cook for fundraisers.

My wife, Aynn, and I have been married for over 36 years, during which time we were blessed with two exceptional daughters. Jenna recently married her best friend, Andrew, and teaches math to inner city youth in Boston. Kristie is a second-year resident at UNC-Chapel Hill, specializing in emergency medicine.

Aynn is a retired special education teacher, and I worked for Fidelity Investments in computer software engineering for over 31 years.

Twelve years ago, I was asked if I wanted to relocate from the congestion and rough winters of New England, to the mild climate and easier pace of North Carolina. My cabin fever from long winters in Vermont was wearing on me, so we took the offer.

We then toured most of the east coast and found Washington to be a perfect mix of laid- back southern hospitality, beautiful waterways for boating, big enough to find what’s needed and small enough not to be lost in the shuffle.

Shortly after our arrival in Washington, we needed a change from the somewhat dull routine of the Roman Catholic Church to something more progressive, so we went church shopping. We knew we didn’t want the big jumbotrons and stages, but we did want a place to become more inspired by God’s teachings.

At Saint Peter’s, we found the congregation to be very friendly and Father Kevin to be a dynamic and loving pastor. After only a couple visits, we were sold on this church and immediately became active in the church community.

Aynn is the public speaker in our family and has been very involved as a Eucharistic Minister along with numerous other outreach programs. I have been an usher for several years and have actively participated in the periodic events such as “Stop Hunger Now”, “Toys for Tots”, attic sales, and yard clean-ups. I am also active with Habitat for Humanity, serving on the Board as the Loan Officer, in addition to helping build four houses.

The ministry I am most passionate about is Cursillo, a very spiritual but fun-filled three- day retreat at the Trinity Center, designed to encourage a more active participation in Christian life and fellowship.

I feel I can make a valuable contribution to the Vestry. I have a strong analytical background, and I think that I’m level headed, fair, and open to new ideas. Most importantly, I am excited to continue doing God’s work within our church and community. 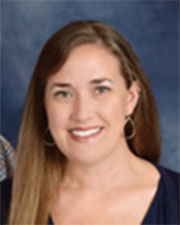 I am originally from Lafayette, Louisiana and moved to Washington in 2003 when my husband Brian separated from military service.  We were searching for a home church for our growing family and wanted something that was welcoming, had a sense of community, and also had events for our kids to grow in their faith.  We found that at Saint Peter’s and joined in 2008 right before our son, Louis, was born.  I have been involved in several areas over the years and have strived to help out where needed.  My main goal has always been to involve our kids in events to teach them about service to God, as well as, service to others.  We have participated in Toys for Tots, Stop Hunger Now, Lenten Supper meal prep, and the Church Attic Sale, to name a few.  Brian is involved in the music ministry playing trumpet each week, Audrey serves as an Acolyte, and Louis will be starting as an Acolyte next year.  I am seeking a position on Vestry to do my part to help serve this church that has done so much for me and my family.  I would appreciate your consideration for appointment to the Vestry. 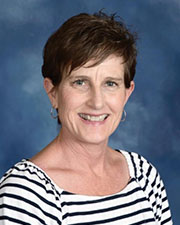 I have been a member of Saint Peter’s Church since 1970 when my family moved here from Washington, DC. I was confirmed here, and my husband, Richard and I were married here. Our children, Anna, Charles, and Emily were also baptized and confirmed here. I attended St. Mary’s College and ECU Nursing school and have been a pediatric nurse for 32 years with the last 4 years being spent working with Beaufort County Schools as a nurse for Eastern Elementary and J. C. Tayloe. I enjoyed my involvement working in the nursery and teaching Sunday School when our children were young. While working at Vidant Children’s, I was serving on the hospital visitation ministry as well. Currently, I am involved with Food for Funerals and Angels Food Ministries and am excited and honored to have the opportunity to serve on the vestry. 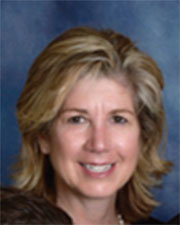 Originally from Washington, I was baptized, confirmed and married here at Saint Peter’s. After moving away after college, I came back to Washington in 2000 with my husband, John, and two sons, John IV and William, where we have been members ever since. I taught Sunday school and worked in the nursery for many years. I am a dietitian that used to work at the hospital here in town and at the fitness center. In 2007, I started working as a diabetes educator for a pharmaceutical company and currently am working with a dialysis company. As a life-long member of Saint Peter’s, I am honored to serve on the vestry.